Government shutdown, increasing tariff’s, Fed raising rates and a significant economic slowdown all plagued the stock market in the fourth quarter of 2018. Now all of those issues seem to be in the rearview mirror. The Fed has changed their tune about raising rates. China and the U.S. seem to be headed to a trade deal in the near term. Those two points along with the fact that we have had quick bounce back in economic activity has led to the best start of the year for the stock market (+13.1%) since 1998.

A few weeks ago, CWM’s own John Lui wrote a piece about the then inverted yield curve. He predicted that near term issues were the reason for the inversion, and it would straighten itself out. I don’t think anyone including John would have guessed it would go back to a more normal slope within days of his writing.
Interest rates have bounced up a bit since John’s article but are still relatively low. They remain lower for many reasons but most importantly because US bonds are very attractive compared to other developed nations around the globe. Our economy and thus the dollar are also very attractive to international investors. In our minds, this makes bonds less attractive when compared to stocks. We expect that rates will continue to move higher and that bonds will be more attractive down the road.

As we said at year-end, we believe the economy will slow this year but not enough to create a recession. We are still looking for 2% growth this year compared with 2.9% growth in 2018. Our investment committee meets and discusses our economic outlook on a monthly basis. Below are two different charts that we look at when trying to determine where we are

The below chart (courtesy of Goldman Sachs) shows the conditions in place prior to past US recessions.headed. 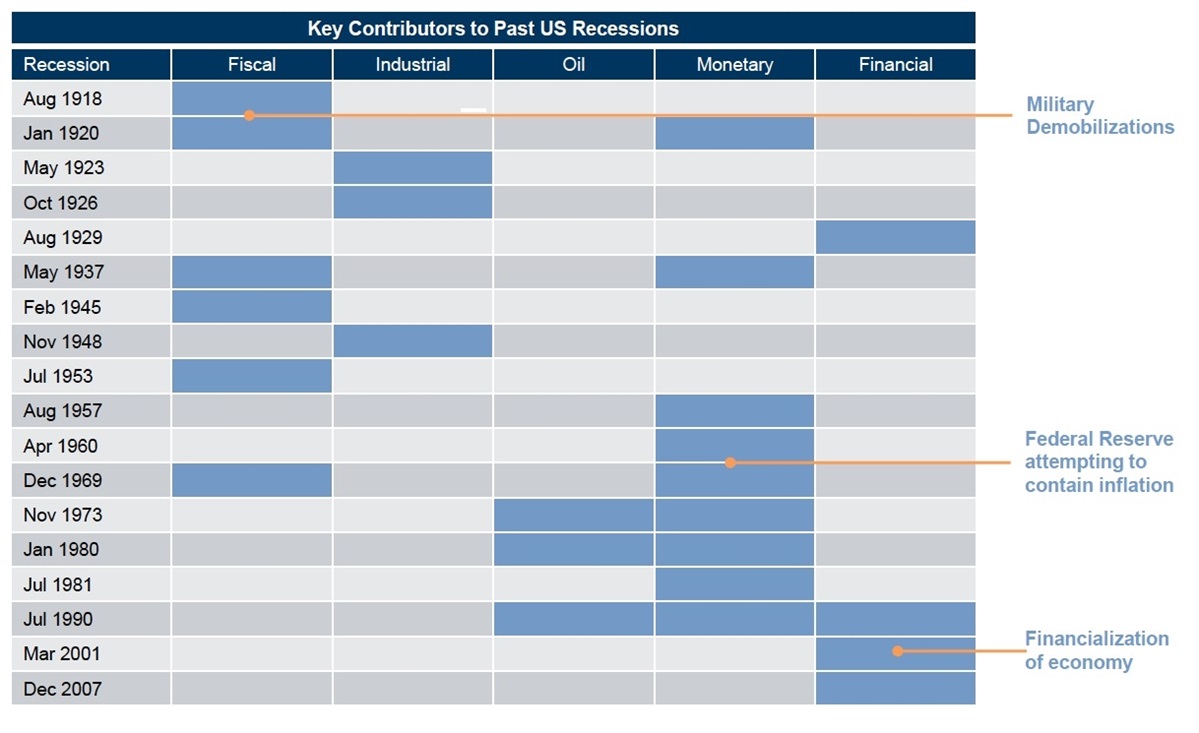 The current status of each of the 5 indicators typically associated with a recession (details below) would not lead one to think a recession is imminent.

The chart below from Bloomberg shows where Economic Leading Indicators currently stand. As you can see, they clearly turn negative before we enter the prior recessions (red). Today those same indicators are still positive. 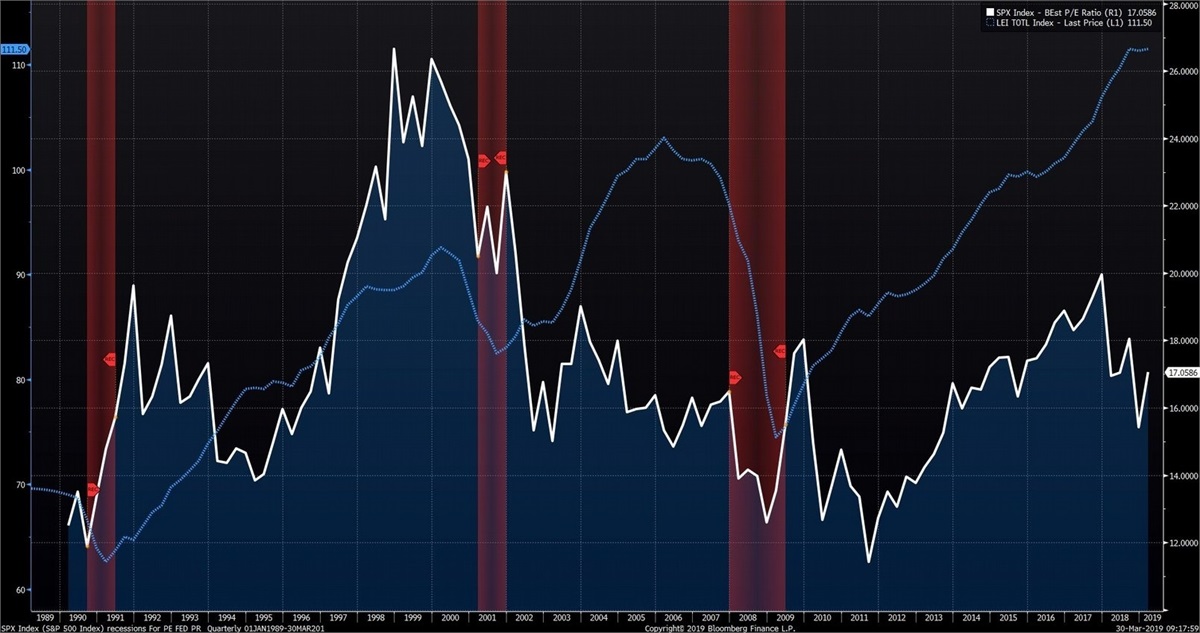 As always, we will continue to monitor your portfolios in terms of both risk and opportunity.

We hope you enjoy a great spring.